After launching the Moto G6 and Moto G6 Plus in the G series of Moto the Lenovo’s Motorola is back with the Moto E5 Plus in their E series with 5000mAh powerful battery and 6-inches of a display screen with Android v8.0(Oreo) at the attractive prices of Rs. 11,999 on Amazon stores on July 10, 2018, as an official release date.

Motorola has given Moto E5 Plus the power by the Qualcomm Snapdragon 430 processor clocked at 1.4GHz. This smartphone offers the users 3GB of RAM and 32 GB of storage expandable up to 128GB. The biggest feature of this smartphone is its 5000mAh battery which has 18 hours of non-stop video playback. It has a 6 inches HD+ IPS LCD screen with an 18:9 aspect ratio and 720×1440 pixels. With the decent viewing angle and vibrant clours quality and a fingerprint sensor. This smartphone is thick with the weighing of 197g and dimension of 160.9 x 75.3 x 9.35mm which is really bulky but this bulkiness is due to the battery inside it. It is too wide and tall to be used comfortably with one hand.

The fingerprint sensor on the Moto E5 Plus is embedded within the Motorola logo on the back as the setup process is quite slow but the sensor is quick and accurate. The back panel also houses what might at first appear to be a dual-camera setup, but in actuality is just a laser autofocus sensor alongside a single 12-megapixel camera. On the left side, we have a sim tray which has a separate slot for two Nano-SIMs and microSD card. The right edge houses the volume rocker and the power button with the earpiece doubles up as a speaker, and the sound it produces is loud. A microphone and a Micro-USB port can be found at the bottom. 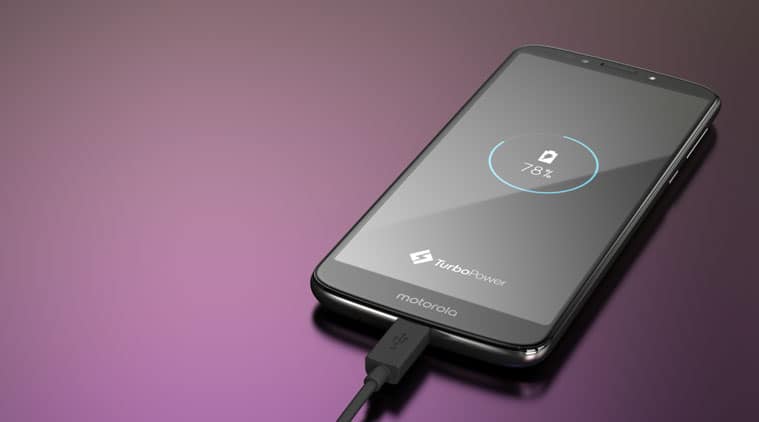 Moreover, it comes with quick-charging which reduces the hassle of refilling it for long hours. It has a 12MP rear-facing camera, which is equipped with Phase Detection Autofocus and High Dynamic Range mode features. The primary lens is good for photography and videography. A 5MP camera is present up front, which is accompanied by an LED flash to assist mesmerizing selfies even in low light conditions. Users can now buy the Motorola Moto E5 Plus at Amazon online stores with two different colors of black and fine gold. The Facebook promotion on the page of Motorola have an album of moto e5 plus and the promotions are done by the popular celeb Kartik Aaryan.