Twitter the application that provides all the news in the world a user want. On Wednesday twitter announced that it is updating its application and providing space to the big news like World Cup, election etc, so that people can find interesting tweets easily on twitter. As we all know social networking is one of the biggest news provider in this world of technology, so twitter has now tried to give importance to live events and latest news in its new update.


It will also provide notification to the users in the application when any big event will be happening which a user is interested in. It would promote such big events in its dedicated section of application search page. “We want Twitter to be the little bird on your shoulder that tells you what you need to know when you need to know it,” Coleman said in a briefing with reporters. 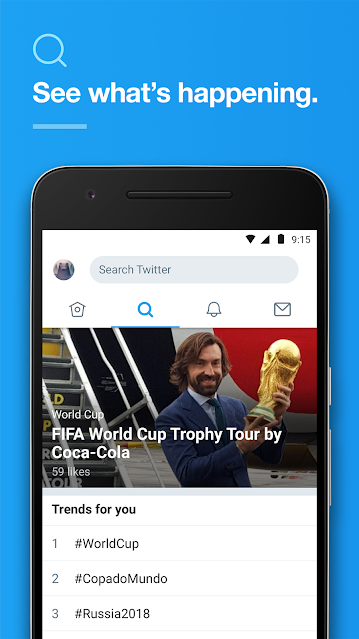 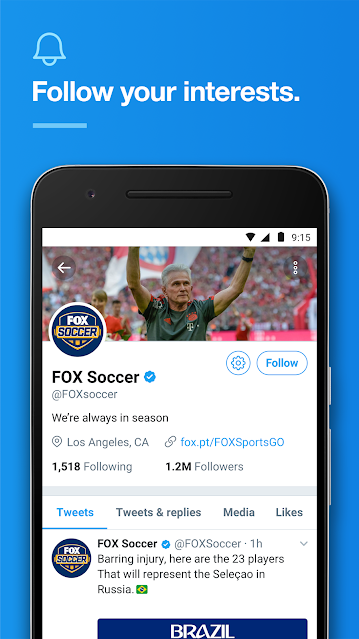 A similar feature was launched called as “Moments” in 2015, and this update is the extended version of that feature, Coleman said. On Tuesday twitter shares hit a three-year high of $44.33 during one day trade on Tuesday after JP Morgan raised its price target on the stock, citing revenue growth estimates.


This new update has an ability to show “what’s happening now” during events like 2018 FIFA World Cup. Twitter has an agreement with Fox Sports to show FIFA World Cup highlights which include the every goal scored the tournament.

Google play description for twitter update is like“From breaking news and entertainment to sports, politics, and everyday interests, when it happens in the world, it happens on Twitter first. See all sides of the story. Join the conversation. Watch live streaming events. Twitter is what’s happening in the world and what people are talking about right now.”